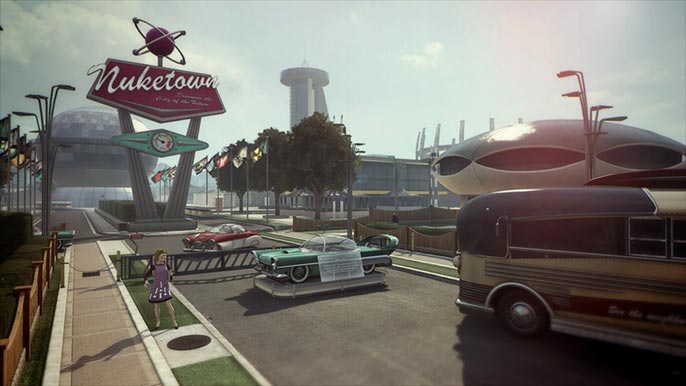 Call of Duty: Black Ops II is a 2012 first-person shooter game for the previous generation consoles (PS3, Xbox 360, Wii U). While the game is a bit old, its multiplayer mode is still insanely popular.

Most of the multiplayer action happens in Team Deathmatch which is a fast-paced, two team run-shoot-die game mode.

And I have been playing that a lot lately (under my secret alias Oivaraattori).

A key part of the team deathmatch is voting for the next map to be played. In Black Ops II there are 15 standard maps to choose from.

Each player can either vote a new map chosen randomly by the game, the previous map, or a random map which is revealed when voting ends. 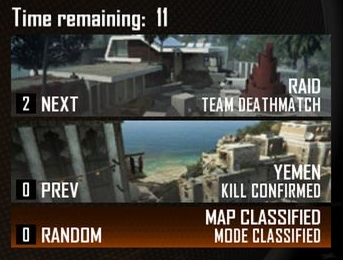 If a map has been played two times in a row it cannot be voted again and only available options are the new map suggested by the game or a random map.

After playing a while you start to see which of the 15 maps usually win the vote. Players seem to be surprisingly unanimous about the ranking of the maps.

I decided to find out if certain maps really are more likely to win, and which of the maps are most popular.

I collected data by observing map voting until the maps had completed a double round-robin tournament: each map faced all other maps twice in a vote.

In practice I didn’t get 100% coverage of all the possible map pairs. Some maps just don’t come up often enough in voting and waiting for those pairs to play out would have taken a very long time.

In the end I observed 193 map pairs out of the 256 possible (75% coverage). This gave enough data to see which maps tend to win, but certain groups of maps might have had different order with more data.

So, there you have it. Nuketown 2025 was the clear winner. The map never loses a vote. On the other end of the spectrum Aftermath was a clear loser, never winning a vote against any of the other maps.

The random line is interesting. If given an option below the random line people are more likely to vote for random in order to possibly get one of the four “good” maps above it. The maps above the line nearly always beat random in a vote. If players were given a free choice they would probably just play the top-4 maps.

As mentioned before, some maps were really close and could easily have changed order given slightly different votes or more data. Carrier / Turbine / Meltdown were always close, as were Plaza / Slums / Drone / Overflow. Of the top maps Hijacked, Standoff, and Raid were almost equally as good.

Personally I feel the results are OK. Nuketown is a really fun map with many ways to play it and limited sniper action. And I dislike Drone because it’s mostly a sniper map with some anemic close combat action but apparently it has some fans.

I’m sure Treyarch would have a lot more data about this but I haven’t come across any official rankings. If some previous work exists or you have better data hit me up on Twitter!